Case: How the portal helped to save more than $1 million for organizers of competitions for youth | Sailet

Almost every one of us dreams to change this world for the better: make roads without pits, install more ramps, teach grandma to use the computer, etc.

Therefore, when we saw a competition for the development of a portal for the project “Development of the youth corps of Kazakhstan”, we decided to participate without thinking.

The project was created by the World Bank and the Ministry of Education and Science of the Republic of Kazakhstan and covered the whole of Kazakhstan. Young people were allowed to promote socially significant ideas and receive a grant for their implementation.

Learn more about the project

Any resident of Kazakhstan from 18 to 29 years old could take part. The main requirement was to describe your social idea on the portal that we were developing.

The best ideas received grants for implementation in the amount of 1,000,000 tenges (more than 2,000 dollars.)

as well as a monthly scholarship of over $130 for university and college students and $59 for all others.

A total of $20 million was allocated for the project.

Those wishing to participate in this competition left applications on the website describing the idea, and the jury evaluated it in terms of social significance.

Sailet is a business automation, web, and mobile development studio.

The customer wanted to obtain full transparency of the process of approval of applications, to reduce the paper workflow. Also give the opportunity to participate in the project to young people from the regions, automate processes, and establish work online.

The portal being of the state, it was necessary to consider many points, among which:

Version for the visually impaired;

the design of the site should be mature and very simple, with no flashing banners or aggressive color combinations;

we had to ensure the smooth operation of the portal

It was critical to ensure that the grant distribution process was straightforward. Expert evaluations, mentoring, and team creation are all factors to consider.

The Zhasproject portal has the following features:

Users can register at different levels of access. For example, as a Guest, Partner, or Administrator. The admin can add, delete, or modify articles, news, announcements, and project descriptions, and employees can add and delete sections, as well as make improvements.

We have ensured the security of the site, and backed up: once a day, once a week, and once a month. After the search, optimization was carried out, and two months later the portal was brought to the first place in search engines at the request of the «youth building development project».

Only 3 times the server was unavailable due to DDOS attacks. But the problem was eliminated promptly, so the average time of inactivity was only 89 seconds.

We also promoted the project. We were the ones that planned the operation of mobile promo points and placed orders for business cards, pamphlets, booklets, and posters, which promoters then displayed and distributed. We also promoted through banners, television, online media, public transportation, and social media marketing (VKontakte, Facebook, Instagram). We’ve started running contextual, targeted, and open advertising.

The design meets all the requirements of minimalism: one main color is blue and orange in addition.

The site has sections:

A line containing project stages, brief project information, news, video, and photo galleries may be found below. There are other tales of men who were successful in obtaining a grant.

For instance, consider the heartwarming story of a young person with disabilities who were able to create 11 ramps in residential complexes where people with the same difficulty live or work because of the initiative.

A workflow, a CRM database system, a grant portal, and a ticket system are all included on the site.

Members have the following options:

For employees of the agency:

Part of the design of the public version of the site

We fully automated the process of processing applications and reduced paper flow to almost zero.

We verified that all processes were transparent and that the danger of corruption was eliminated.

We helped the project save about $300,000 each year on registered letters and additional staff, which would have been required if there was no portal.

Over 80,000 unique users have accessed the platform, which has received almost 8.5 million successful hits. We provided round-the-clock technical support for the site.

More than 6,000 inquiries from participants were processed (change of contact details, permission to edit, etc.). The number of servers and site traffic has tripled.

We tried to make the case as straightforward as possible in the article. It had to live, nevertheless. Only roles within project 19, not counting the various mechanics of project evaluation, automation of internal processes, and other requests. There were no deadlines because the project was periodically finalized. The main backbone of the development team is 11 people. 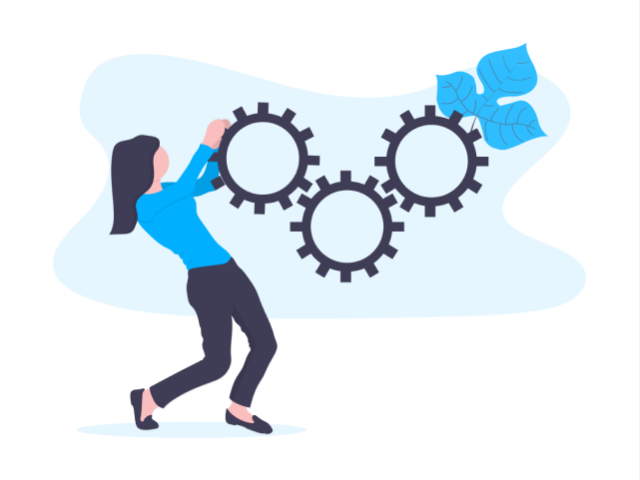 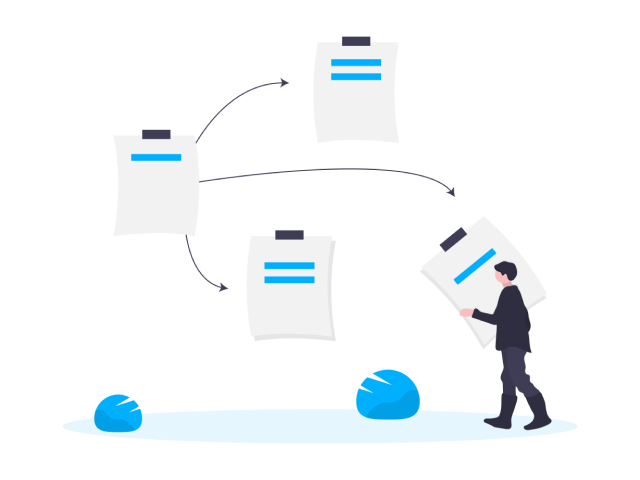